The Lake Stevens Police Department started serving the citizens of Lake Stevens in 1960 under the direction of the sole-lawman Chief Shorty Countryman when Lake Stevens was less than 1 square mile. Today, the city spans over 9 square miles and the department has over 40 full-time employees.

Lake Stevens Police Department is an accredited agency by the Washington Association of Sheriffs and Police Chiefs.

You will find four divisions within the police department: Office of the Chief, Operations, Support Services, and Administration. The agency also oversees and coordinates the City of Lake Stevens’ Emergency Management.

LSPD depends on the department’s volunteer program made up of Police Explorers, Citizen's Patrol, Emergency Management, and VIPS (Volunteers In Police Services) who are dedicated to serving the citizens of Lake Stevens. 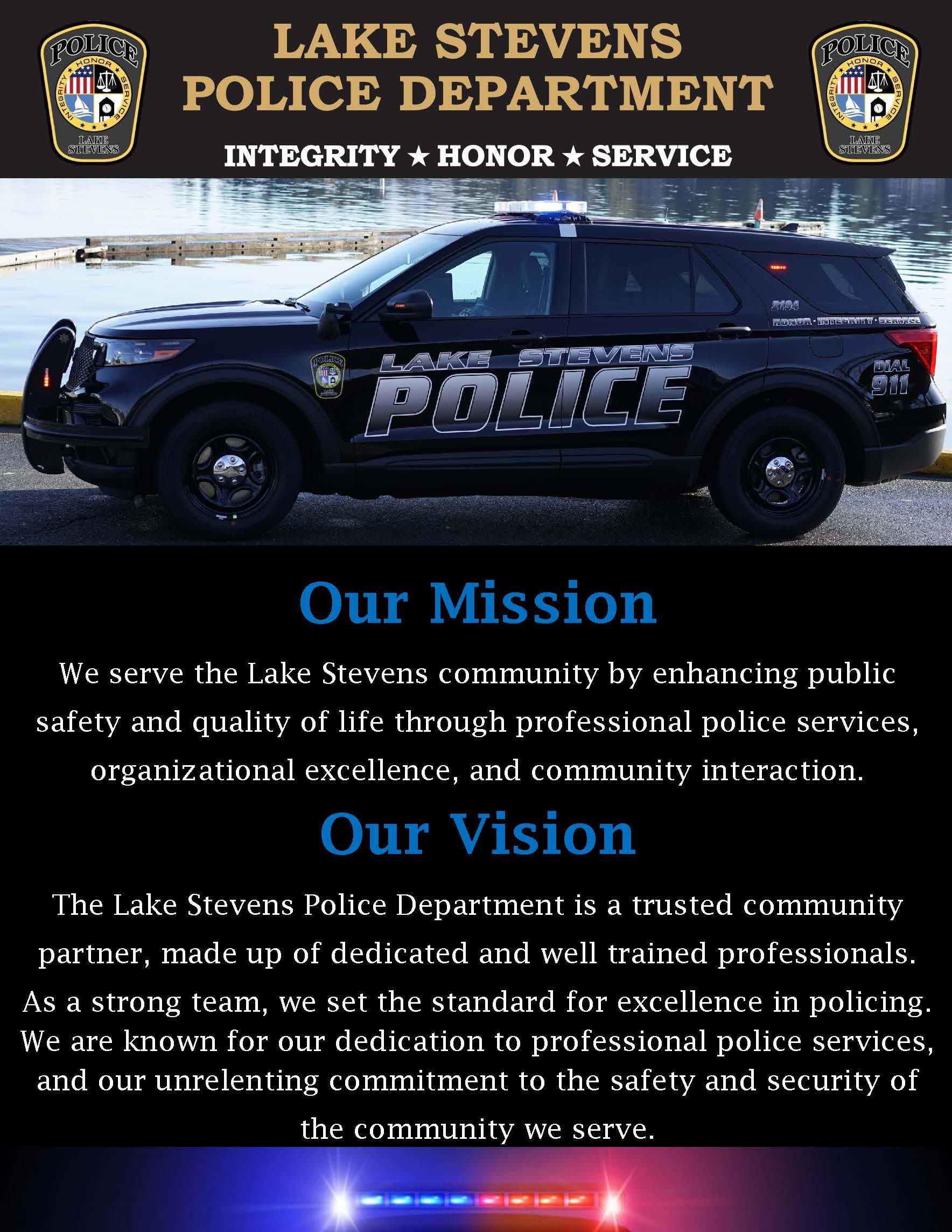